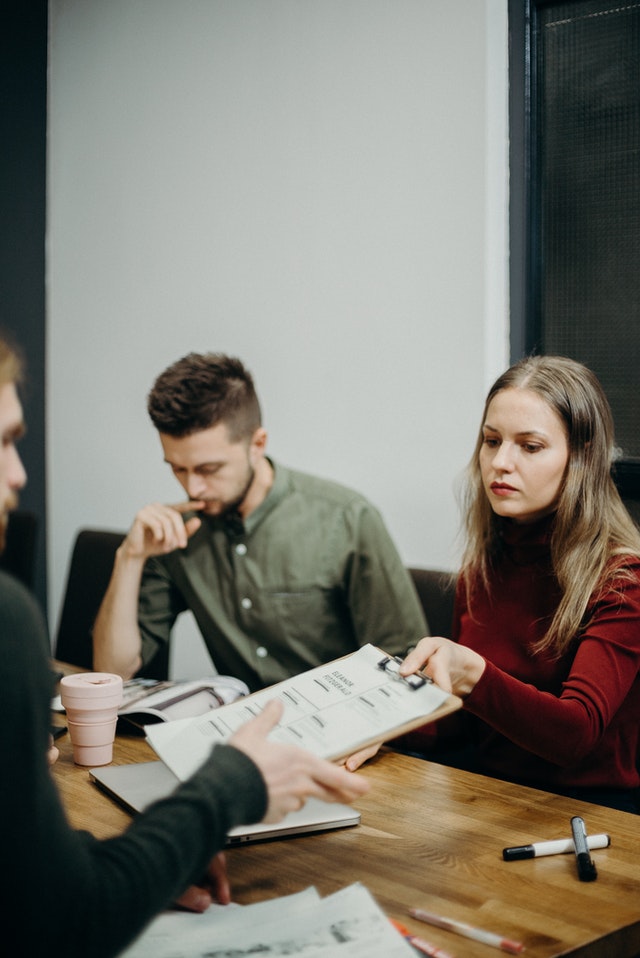 Hi Rahim Dhanani with The Dhanani Law Firm. Today, we’re going to be talking about the USCIS adjustment of status interview for married couples. What goes on at the interview and what to basically expect. So the first thing is that you’re going to have a notice from the immigration service that gives you a day and time to show up for the interview. You need to show up with your spouse, obviously, and the actual notice has a checklist on it, of documents that you should bring to the interview. That’s a great checklist to use to just make sure that you have everything for the interview. So make sure you go through it before actually showing up. The day of the interview, I normally tell people show up about 30 minutes early because the line can be somewhat unpredictable, unpredictable, and you could be through the line in five minutes, or it could take a little bit of time for you to get through.

And you don’t want to show up late for your marriage adjustment interview. When you finally get through the security in the building, you will give your notice to the immigration officer at the triage desk, and that officer will give you a number and then they will direct you to a waiting room. And then when you get to the waiting room, you could be sitting there for five minutes, or you could be sitting there for a couple of hours. It just depends on what’s going on at the immigration service on that day, and what that particular officer that you’re going to be interviewing with has to go through. If they’re backlogged or things are moving along pretty quickly. So after you’ve waited there in the waiting room for a little bit, the officer that’s going to interview, you will come outside and they will call you into their office.

And then when you get to their office, they’re going to have you present your identification documents like a passport, driver’s license or a government ID. And then they’re going to have you stand up and take a quick oath. Just saying that you, you verify that whatever you’re saying is true and you’re not going to mislead the immigration officer, then the officer will have you sit down and they’ll start going through your paperwork. They normally have a paper file that they’re kind of rifling through for a little bit. And they might also end up looking at their computer and entering some information on there before they actually start questioning you. That’s a fairly normal process, nothing to be worried about. Then when the officer is settled in, what they will do is they will start going through the immigration forms, the immigrant petition and the adjustment of status application

And they’ll start asking you some biographic information. They’ll just verify things like your name, your date of birth, social security number where you live. And then once they’ve gone through some of that biographic information, what they’ll do is they’ll go through the I-485 adjustment of status application and near the end of that form, there are lots of questions about, have you ever committed any types of crimes? Have you committed any immigration violations? Are you a member of the communist party? Those types of general questions that might have complicated issues associated with them for immigration purposes. So for example, if you’ve committed any type of a crime, you really want to make sure that that particular crime is not going to be an issue for your immigration application. Typically you’d want to run that by an immigration attorney just to make sure, even if you think it’s just a minor crime, you really want to make sure that it’s not going to be a problem.

So my suggestion would be just run that by an immigration attorney so that they can check on it for you and just confirm that it’s not an issue. Then after the officer goes through those questions, sometimes they will ask your spouse questions about you and just try to verify that the information that the spouse is saying about you is correct and vice versa. So if you have your marriage date and your spouse has your date of birth wrong, that might be a concern for the immigration officer, obviously, because it’s an indication that your marriage may not be what you say it is. Then once they go through those questions, the immigration officer will ask you if you have any additional documents to present to the immigration officer. So when you filed the initial application, if you didn’t have a lot of initial documents with your application, things like proof of your joint living together, your credit card bills, joint bank accounts, health insurance, that lists your spouse as a beneficiary, retirement accounts that list your spouse as a beneficiary, those types of documents.

If you don’t have a lot of those at the initial application, this would be your opportunity to present them to the immigration officer at your interview. Also, if you did not submit your medical exam at the interview, this would be the time to give your medical exam to the immigration officer. Make sure that the medical exam is actually in the sealed envelope and that you did not unseal the envelope. If you unseal the envelope, the immigration officer is probably not going to accept the medical exam. So finally, the officer will be done with your interview and a lot of times they’ll tell you right there if the application was approved. But a lot of times they also just tell you you’ll get a notice in the mail. Either way, it’s fine. Just go back home when they, when they finished the interview and typically in about two weeks or so, you’ll get the green card in the mail.

If it ends up being more than two or three weeks, that’s okay. Sometimes it takes a little bit longer. When you start getting out to a month, two months and you still haven’t received the green card, at that time you might want to check with the immigration service just to make sure what’s going on. Just, just see if maybe they mailed it and they had the wrong address and it got sent back to them or is something else going on? Maybe they didn’t actually have the ability to produce the document in time and so they’re a little bit delayed. You just want to kind of confirm with the immigration office what’s going on with your actual green card. So that’s just basically the basics of how the immigration interview works. It should be a quick 15 minute interview. If for some reason the immigration officer has separated you and your spouse out, and they told you to stay in the office and they sent the spouse to the waiting room, and then they call the spouse back in for the interview and they tell you to go wait in the waiting room

And then they call the both of you back in together, usually that means that they are not convinced that you are actually a married couple. And what they’re doing is they’re asking you individually a set of questions, and then seeing if your spouse responds with the same list of answers that you provided in your individual interview. If everything matches up, that’s great. If not, you’re probably going to have some problems at your interview and you may not get the green card. So at that point, you also want to talk to an attorney because that’s clearly going to be an issue for you. But for the most part, your attorney would have vetted your case and made sure that you have the appropriate documents and really just kind of made sure that you’re as prepared as you can be for the interview. So that’s generally what happens at the marriage adjustment interviews. If you have additional questions, feel free to reach out to us and I hope that was helpful. Take care.