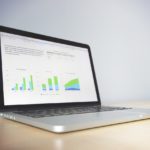 I recently came across a very insightful publication on immigration which provides statistics on companies that had at least one immigrant founder, took venture capital money and eventually became publicly traded.  The publication, American Made 2.0, How Immigrant Entrepreneurs Continue to Contribute to the U.S. Economy was written by Stuart Anderson, Executive Director of The National Foundation for American Policy.  The study was commissioned by the National Venture Capital Association of America.

The study is intriguing to me because it lays out empirical data that shows how important business immigration is to the United States economy.

Some interesting quotes from the study: