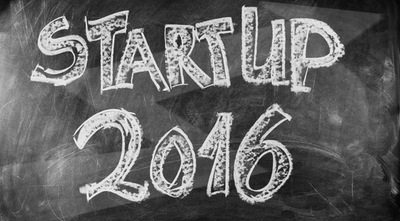 There may be a new immigration option for entrepreneurs coming soon.  In a recent twist to the US immigration story, USCIS announced on August 26, 2016 that it will propose a new rule to allow international entrepreneurs to be “paroled” into the US to “start or scale their businesses”. In this case, parole allows a person who does not technically qualify for a visa to enter the United States and work legally in their startup business. The entrepreneurs would have to meet the following criteria to apply for the international entrepreneur parole program:

1. Have a significant ownership interest in the startup (at least 15 percent) and have an active and central role to its operations;

2. Formed the startup in the United States within the past three years; and

3. The startup has substantial and demonstrated potential for rapid business growth and job creation, as evidenced by:

The program would allow an immigrant up to two years in the United States to “oversee and grow their startup entity”. After the two years are up, the immigrant could request the parole status again for up to another three years “…if the entrepreneur and the startup entity continue to provide a significant public benefit as evidenced by substantial increases in capital investment, revenue or job creation”.

The savvy entrepreneur should explore visa options that could become available while in the US as a parolee. For example, the H-1B (specialty occupation), O-1A (extraordinary ability and achievement), E-2 (treaty investor) and L-1 (intracompany transferee) visas might be available to an entrepreneur for longer-term stays. Similarly, if your goal is to stay permanently in the US, work with your immigration attorney to see if you will eventually be able to qualify for permanent residence (a green card) through EB-1 extraordinary ability, EB-2 (national interest waiver/advanced degree professional/exceptional ability) or EB-5 immigrant investor program.

If you’re thinking about utilizing the parole program when it becomes available, it would be worthwhile to strategize with an immigration attorney to see what your long-term prospects are to stay in the United States. Figure out if you will eventually be able to change from the parolee status to something with more long-term prospects like one of the visas mentioned above. Either that, or be ok with going home after two to five years.